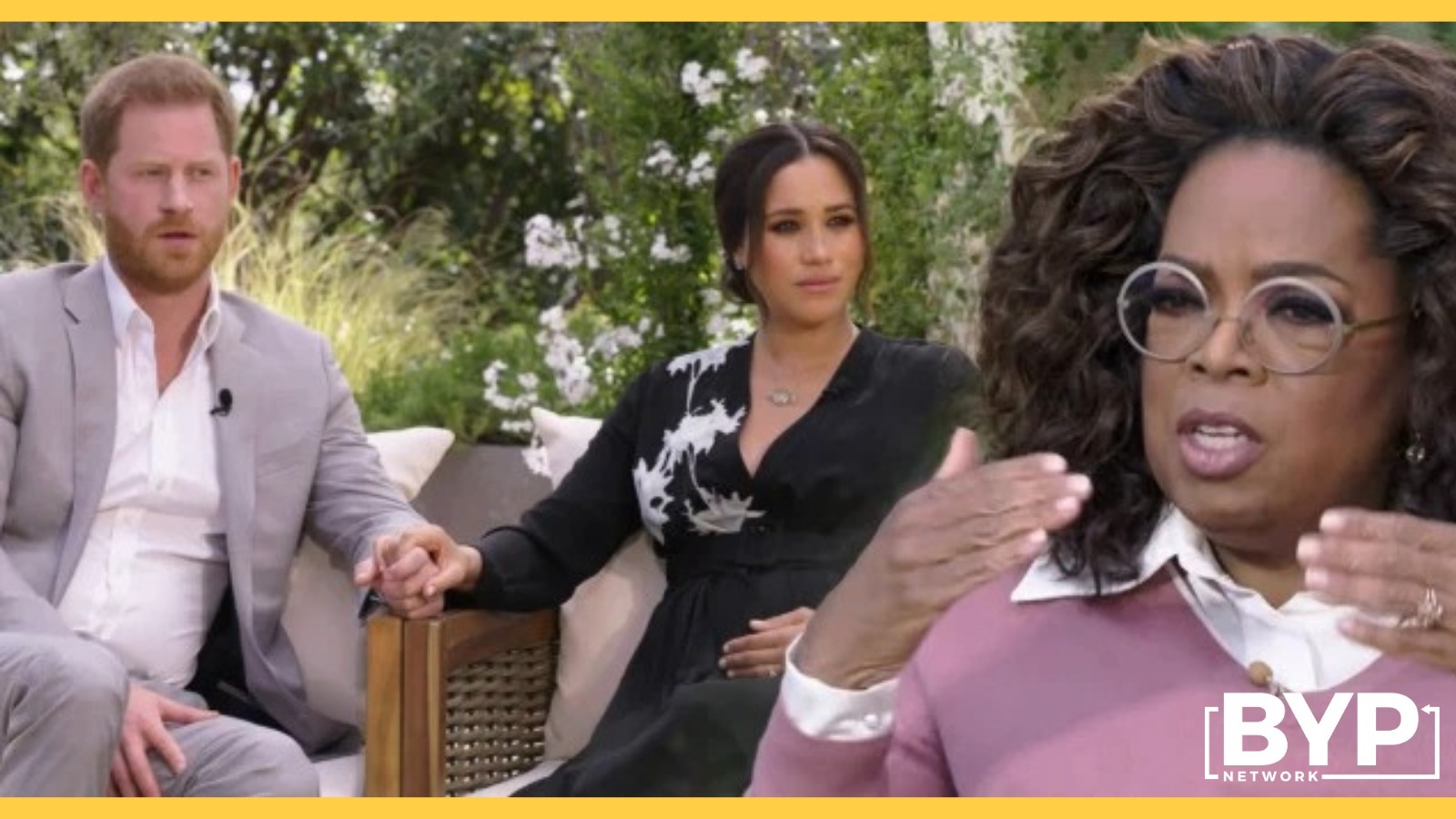 Oprah Winfrey secured an exclusive interview with Prince Harry and his wife Meghan Markle, the Duchess of Sussex and the ramifications of the revelations shared have sent shockwaves globally. The couple sat down with old friend Oprah on CBS to discuss what they have encountered throughout the past two years.  It has been a year since both Harry and Meghan decided to step down from senior royal duties and move out of the UK due to the incessant vitriol from the British press. Meghan shared her initial thoughts and feelings about entering the royal family and was honest about not researching the necessary formalities and customs. Meghan fell in love with Harry and underestimated the fact that she wasn’t just marrying her Prince Charming – she was marrying into the British Monarchy. A 1200-year-old institution.

During the questions about their media coverage and their relationship with the press, Meghan’s body language visibly changed and her hurt was palpable. She revealed that Kate Middleton, her sister-in-law, had reduced her to tears days before the wedding and that no one corrected the false narrative that was leaked to the press.  The press pitted the two women against one another and the constant comparisons added further strain to an already fragile relationship. Sadly, the press was able to take full reigns of the narrative they wanted to push and, according to Meghan, nothing was done to stop them. We have seen this happen many a time to people whose complexion is a darker hue...

Oprah asked a prominent question, "were you silence or were you silenced?" Meghan responded with ‘the latter’. This loaded response provides insight into the stifling nature of what life is like within the ‘firm.’ Perhaps Meghan felt like she could not speak freely about who silenced her or the methods used. Perhaps she did not want to point fingers or perhaps she is still finding her voice after being told she is not allowed to express her opinion for so long. She then revealed that she was ‘never protected’, was told to hand in her passport and driving license. Disturbingly, she alleged, a senior member of the royal family had raised ‘concerns’ about how dark her sons’ skin tone would be and that royal protocol would be broken by not giving Archie a royal title.

So where was the protection?

Harry was forced to take matters into his own hands as he was cut off from his trust funds and his next-in-line-to-the-throne father ‘stopped taking his calls.’ The couple sort refuge at Tyler Perrys mansion whilst they carved out a new life for themselves in America. Harry was adamant that he ‘did not want history to repeat itself and made several references to his mother, the late princess Diana. The couple intend to take a step back from royal duties so they could take a breather from the entrapment that was the institution and the constant assault from the British press. The couple reaffirmed that they had no intention of giving up their roles entirely and were disappointed in the outcome. The onslaught of negative media attention took a tremendous toll on Meghan’s mental health and when she informed HR of her predicament, they failed to offer any support. The irony that both Prince William and Kate Middleton are advocates for raising mental health awareness fails to escape me and confirms my belief that it’s all performative. 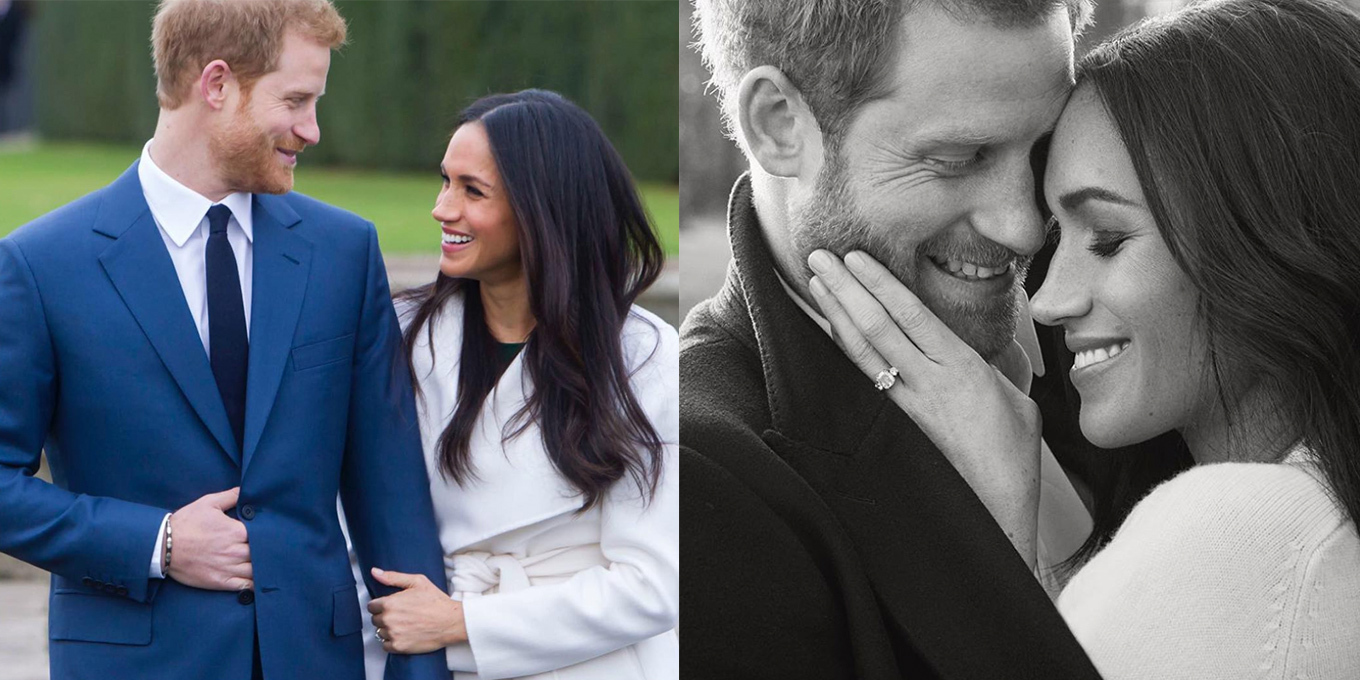 It is disgusting that conversations regarding how dark Archie would be and how it would negatively affect his status in the family took place. We live in a society that promotes free education, free healthcare and deeply encourages us to honour our monarchy but ignorance is very much alive and kicking. Race is still a hugely controversial issue and it shouldn’t be. The monarchy are traditionalists at their core and many thought Meghan marrying in was a sign of great change. However, this evidently wasn’t the case as we have seen this saga play out. We may be in the midst of a digital transformation but, in 2021, racism is as blatant as ever.

On reclaiming her voice

Towards the end of the interview Meghan likened her struggles to that of Ariel from the little mermaid, “she falls in love with a prince, and because of that, she has to lose her voice." But, despite being unnerved by the similarities, Meghan took away one powerful message from the disney classic: "By the end, she gets her voice back." I stand with Meghan. Regardless of her ranking in the royal family – the couple deserve to be happy and left alone. What struck me most about the interview, aside from the damning insights, was how relatable it all was. It was as though someone grabbed my diary in school and read a page out to the class but in much more detail. Every Black female can relate to the micro aggressions we are subjected to daily. From the moment we learn how to speak to the moments we are told to learn how to talk.

Honestly, sometimes I feel like no matter what we do, someone will make a comment regarding what we are wearing, our facial expressions and critique the extra work we are doing just to do better than everyone else. The term racism is as blatant and brazen now then it was when I was a child. I noticed the looks; I heard the grunts but I never understood the reason behind it until I got a good grade and I was asked if I cheated and was then told to do it again and again. The same situation occurred years later in an office when I was told ‘my skirt was too tight’ even though I was wearing tights and it was below my knee. I understand what it means to not be yourself in an environment that is not welcoming nor polite. I understand that even if I got an MBE it is the colour of my skin that will be in the headline but not what I have done to achieve it.

But what I want you to understand is that I am proud of the colour of my skin. My full lips, my big eyes, my raspy voice, my dark long legs and my deep felt laughter. It is who I am and I love it, respectfully.