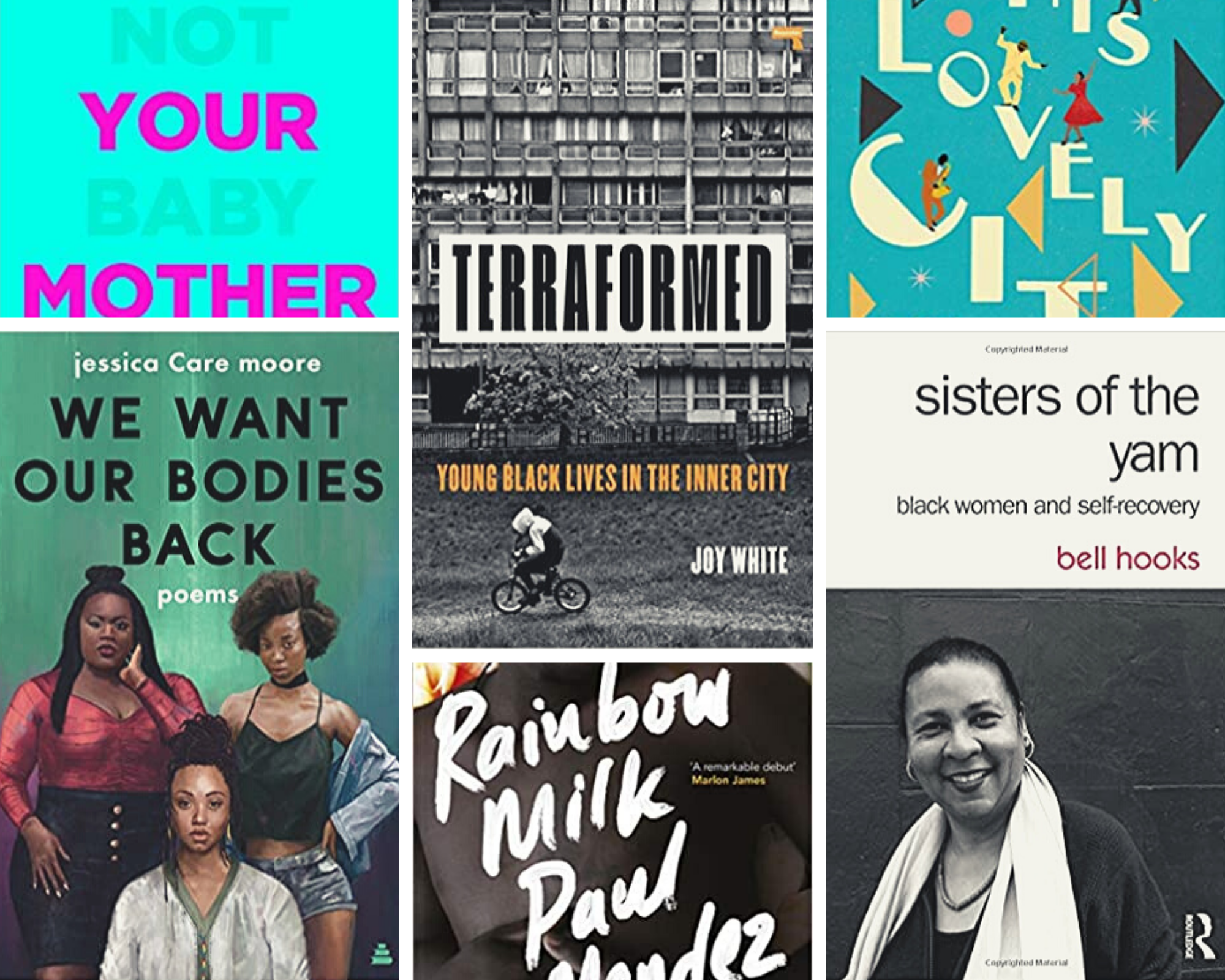 As we head into another week of quarantine and self-isolation in the UK, here at BYP, we're sharing some of the best books to read during coronavirus quarantine. Whether you're seeking something to inspired by whilst on furlough, looking to up your learning or just want something to escape with, here's our roundup of the top ten books to add to your to-be-read pile. 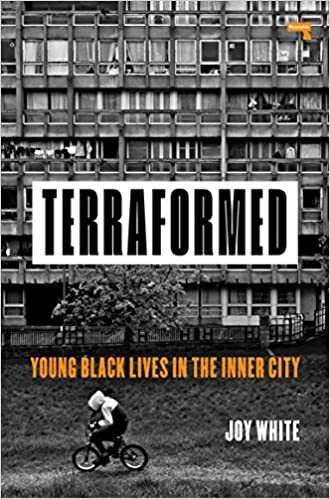 Since the 1980s, austerity, gentrification and structural racism have wreaked havoc on inner-city communities, widening inequality and entrenching poverty.

In Terraformed, Joy White offers an insider ethnography of Forest Gate - a neighbourhood in Newham, east London - analysing how these issues affect the black youth of today. Connecting the dots between music, politics and the built environment, it centres the lived experiences of black youth who have had it all: huge student debt, invisible homelessness, custodial sentences, electronic tagging, surveillance, arrest, ASBOs, issues with health and well-being, and of course, loss.

Part ethnography, part memoir, Terraformed contextualises the history of Newham and considers how young black lives are affected by racism, neoliberalism and austerity.

I Am Not Your Baby Mother | Candice Brathwaite 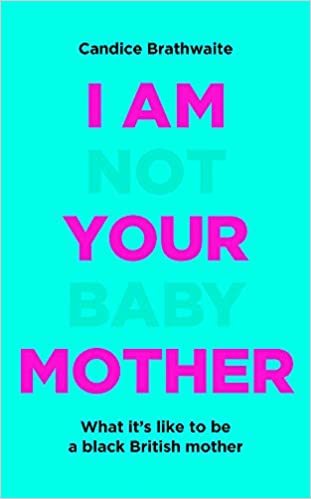 When Candice fell pregnant and stepped into the motherhood playing field, she found her experience bore little resemblance to the glossy magazine photos of women in horizontal stripe tops and the pinned discussions on Mumsnet about what pushchair to buy. Leafing through the piles of prenatal paraphernalia, she found herself wondering: "Where are all the black mothers?".

Candice started blogging about motherhood in 2016 after making the simple but powerful observation that the way motherhood is portrayed in the British media is wholly unrepresentative of our society at large.

The result is this thought-provoking, urgent and inspirational guide to life as a black mother. It explores the various stages in between pregnancy and waving your child off at the gates of primary school while facing hurdles such as white privilege, racial micro-aggression and unconscious bias at every point. Candice does so with her trademark sense of humour and refreshing straight-talking, and the result is a call-to-arms that will allow mums like her to take control, scrapping the parenting rulebook to mother their own way.

We Want Our Bodies Back | Jessica Care Moore 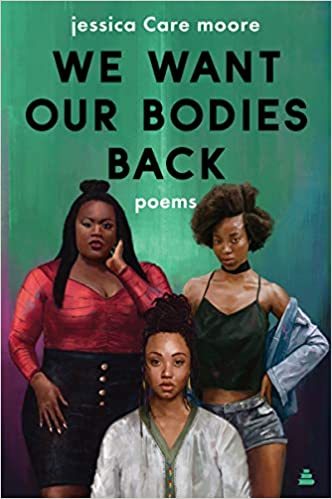 Over the past two decades, jessica Care moore has become a cultural force as a poet, performer, publisher, activist, and critic. Reflecting her transcendent electric voice, this searing poetry collection is filled with moving, original stanzas that speak to both Black women’s creative and intellectual power, and express the pain, sadness, and anger of those who suffer constant scrutiny because of their gender and race. Fierce and passionate, Jessica Care moore argues that Black women spend their lives building a physical and emotional shelter to protect themselves from misogyny, criminalization, hatred, stereotypes, sexual assault, objectification, patriarchy, and death threats.

We Want Our Bodies Back is an exploration—and defiant stance against—these many attacks. 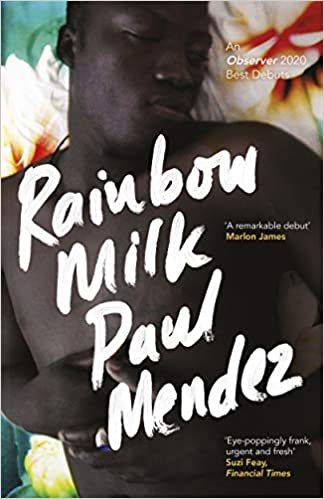 In the Black Country in the 1950s, ex-boxer Norman Alonso is a determined and humble Jamaican who has moved to Britain with his wife to secure a brighter future for themselves and their children. Blighted with unexpected illness and racism, Norman and his family are resilient in the face of such hostilities but are all too aware that they will need more than just hope to survive.

At the turn of the millennium, Jesse seeks a fresh start in London - escaping from a broken immediate family, a repressive religious community and the desolate, disempowered Black Country - but finds himself at a loss for a new centre of gravity, and turns to sex work to create new notions of love, fatherhood and spirituality.

Rainbow Milk is a bold exploration of race, class, sexuality, freedom and religion across generations, time and cultures. Paul Mendez is a fervent new writer with an original and urgent voice. 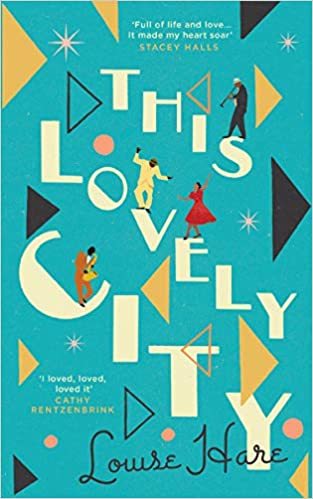 With the Blitz over and London reeling from war, jazz musician Lawrie Matthews has answered England’s call for help. Fresh off the Empire Windrush, he’s taken a tiny room in south London lodgings and has fallen in love with the girl next door.

Touring Soho’s music halls by night, pacing the streets as a postman by day, Lawrie has poured his heart into his new home – and it’s alive with possibility. Until, one morning, he makes a terrible discovery.

As the local community rallies, fingers of blame are pointed at those who had recently been welcomed with open arms. And, before long, the newest arrivals become the prime suspects in a tragedy which threatens to tear the city apart.

Atmospheric, poignant and compelling, Louise Hare’s debut shows that new arrivals have always been the prime suspects. But, also, that there is always hope.

Sisters of the Yam: Black Women and Self Recovery | bell hooks 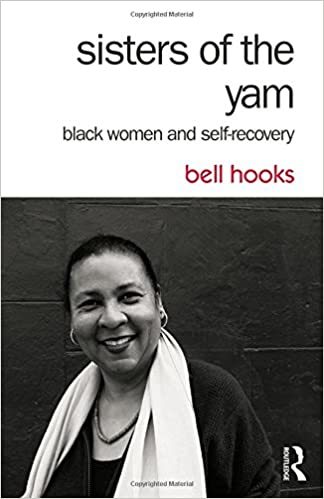 In the wake of last week's colourism arguments, the work of bell hooks is needed more than ever. We recommend this read especially as a key work to explore to progress this discussion and move forwards as a community.

In Sisters of the Yam, bell hooks reflects on the ways in which the emotional health of black women has been and continues to be impacted by sexism and racism. Desiring to create a context where black females could both work on their individual efforts for self-actualization while remaining connected to a larger world of collective struggle, hooks articulates the link between self-recovery and political resistance. Both an expression of the joy of self-healing and the need to be ever vigilant in the struggle for equality, Sisters of the Yam continues to speak to the experience of black womanhood.

BYP BOOKCLUB - Books written by black authors, which help our community through personal or professional development. Are you a book publicist and have a book which you think would appeal to us? We will promote it to our 45k+ members and followers! Contact us here.